We’re proud of what we do here at Tyent and we love to share with you all of the amazing benefits of drinking Tyent Water!  But what do other people think about it?

Many of our fans come from the high energy, high profile worlds of show business and sports, as well from the medical and health professions.

These people are in the perfect position to tell you just how great Tyent Water is!  After all, who needs a natural energy boost more than a world-class athlete?  Who understands the way that hydrogen water from your ionizer impacts so significantly on your body than a medical …

Sports performance coach, pro-athlete and celebrity trainer Clifford Shaud Brown has a pretty awesome line in motivation.  In fact, he has several!

A big fan of Tyent Water to supplement his athletic lifestyle, Cliff has an Instagram feed that provides an insight into what inspires him and keeps him moving!

“Proper nutrition and mindset is just as important as the physical work in the gym. Go be great. Start your day off drinking at least 8 cups of Tyent hydrogen water.”

Cliff’s celebrity clients come from both of the demanding worlds of show business and sport.  More than most people, Cliff gets to see the …

Jessica DeLuise is big on achievement.  Physician assistant.  Author.  TV host.  Businesswoman.  Food expert.  All of these areas of expertise work symbiotically for a holistic approach to living and eating well.

Learn From the Best!

If you have even the slightest interest in how what we choose to eat and drink impacts on our health, then Jessica’s YouTube channel is essential watching!  What is “Greens Powder?”  How should I use it?  Is one type of salt a healthier choice than the next?  Jessica covers so much in her tutorials, and you come away from watching with a whole new resolution to treat your body better!

Now we probably don’t need to introduce a household name such as NFL player-turned model Keith Carlos, but we like to do things properly here at Tyent.

At the Top of Two Worlds

Relatively speaking, only a handful of people have the talent, determination and focus to get to the very top of any sporting field.  When that field is the NFL, the elite group gets even smaller.

Then there’s the world of international modelling – rarefied, dazzling and tough.  Few conquer its dizzying heights, and staying at the apex of such a demanding industry is no mean feat.

Taking the World by Storm

To take both of these …

You know, Eraldo Maglara, Executive Producer and host of “Healthy Lifestyle With Eraldo” is quite a guy.  Media personality, author and celebrity and personal trainer, there’s no denying that Eraldo’s resume is pretty impressive!

Eraldo’s combination of high-energy delivery, authentic expertise and that all-important likeability factor means that millions of people regularly tune in to his show for inspiration and entertainment!

A bone-fide authority on his subject, Eraldo holds a Personal Fitness Degree from the National Personal Training Institute and has written and presented extensively on healthful living and fitness.  In short, no-one is better placed to recognize a genuine opportunity to improve your health and well being!  …

Need some color in your life?  Love fruit and vegetables but need a bit of fresh inspiration on how to eat them?  Don’t wait another second before checking out SirPlantsALot and start seeing healthy eating in a whole new Technicolor light! 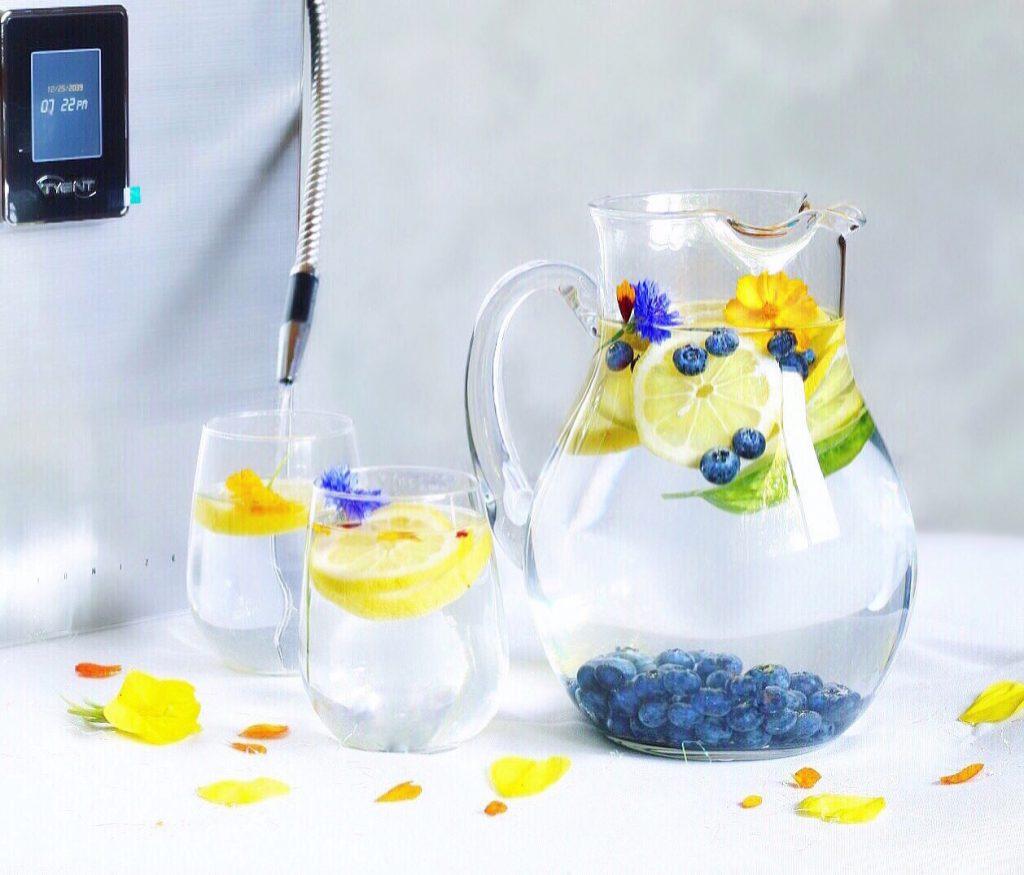 Triple Fruit Alkaline Water?  Blueberry Lemon Water?  Rainbow Infused Water?  SirPlantsALot, harnesses the incredible benefits of Tyent Water from his water ionizer and transforms them into vibrant works of art that are as stunning to look at as they are delicious to drink.

If you have kids who are reluctant to eat fruit and vegetables, then with SirPlantsAlot’s help, your problems are over!  What kid (of any age) wouldn’t be won over by …

San Francisco-based Allison Tibbs is a Personal Trainer, Healthy Lifestyle Coach and all-round inspiration when it comes to treating your body right!  If you haven’t discovered her awesome pages yet, then you’re in for a treat!

What Are YOU Capable Of?

Allison is all about energy and encouragement! Letting you in on her workouts, some exceptionally photogenic food and motivational quotes, Allison manages to reach out to even the couchiest of couch potatoes and show them what their brilliant bodies are capable of!

Some healthy living blogs can be little more than a showcase for the author’s own achievements.  Allison’s Instagram Feed sure celebrates her successes but …

Ventriloquist and entertainer Terry Fator likes to joke that overnight success following his appearance on America’s Got Talent in 2007 was only 25 years in the making.

Before the Big Time

On the fringes of the business for years, the lowest point, Fator recalls, came when he was already disheartened after plugging away in small town fetes and theaters for years.  Then one night, Fator opened a show in a 1000-seat auditorium, to an audience of just one person.

Despite the setbacks, Fator’s faith in himself somehow remained intact.  Famously, his appearance on America’s Got Talent changed everything.  Following his success on the show, Terry went on …

After three decades in the public eye, most of you will recognize Yannick Bisson as an enormously popular A-list television and film actor, with an impressive body of work.  Star of the popular and successful Murdoch Mysteries, now heading into its eleventh season; Bisson is right at the top of his professional game.

That’s What Friends are For!

Cutting his acting teeth in the 1984 movie Hockey Night and Learning the Ropes on Canadian television, Yannick shot to big-league fame in the series High Tide, co-starring his friend and fellow Tyent Water fan, none other than Rick Springfield!

In fact, it was Rick who introduced Yannick to Tyent Water, when …