Enagic is the company behind Kangen water ionizers, a recognizable name in the industry and one of the first companies to bring water ionizer machines to a wider audience. But do Kangen machines still have what it takes to compete with today’s ultra-advanced water ionizers?

The short answer is no, they don’t. Enagic might have the historic industry credentials, but there is a list of issues with several aspects of the company and its products that means its customers are being served up a raw deal. 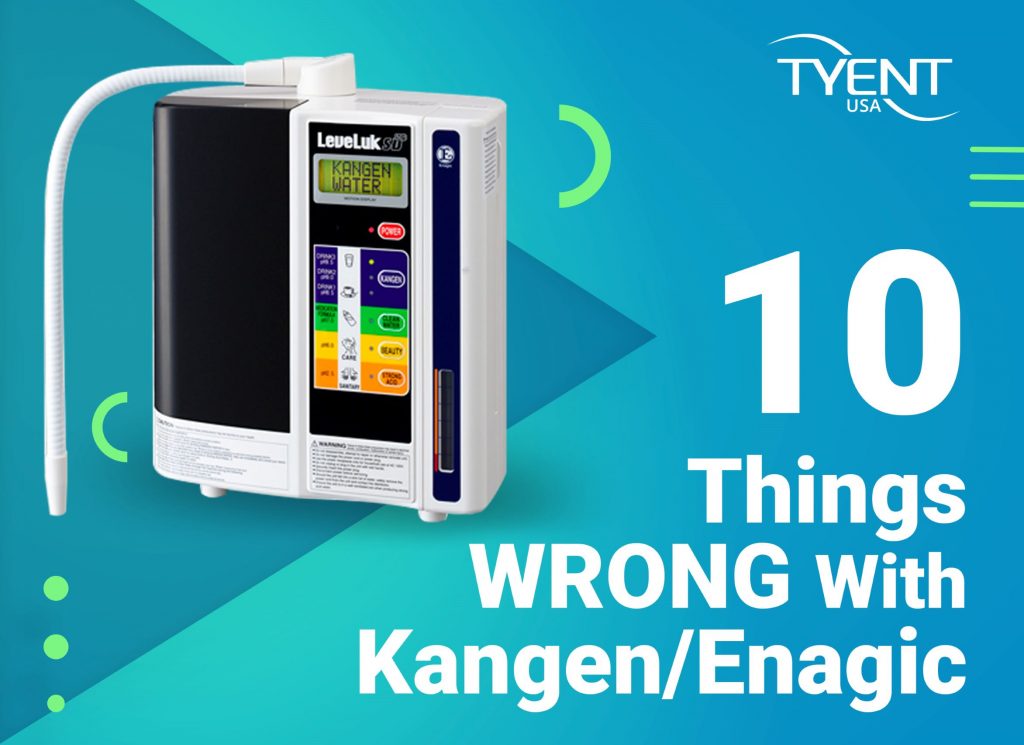 Certification is important. It means that a company or business has been tested rigorously and has been found to meet an exacting professional standard. In a world of big promises and online claims, certification is a vote of confidence that customers can rely on. 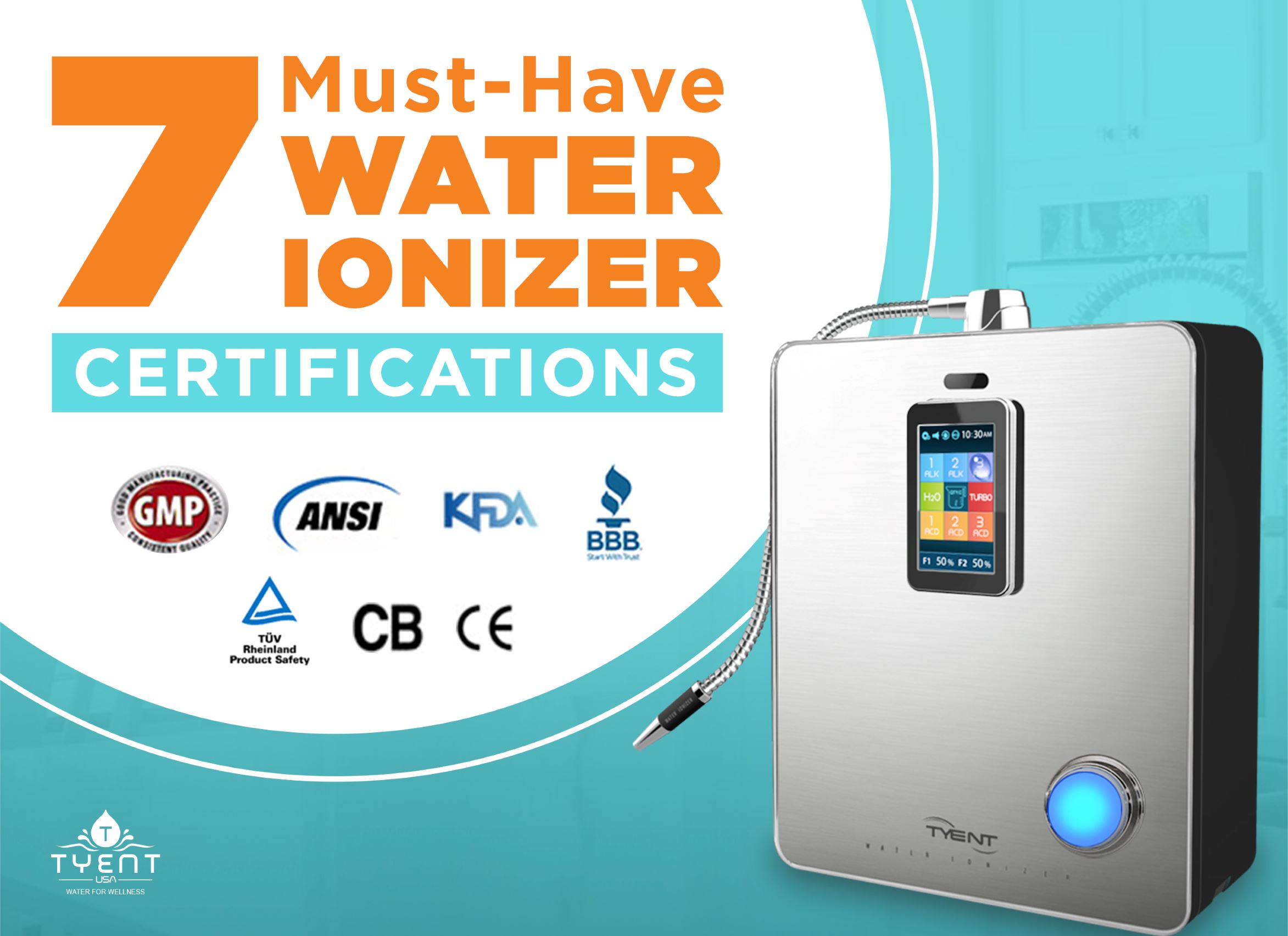 For any water ionizer company, certification is essential. Among the most reputable market-leaders, look for the following certifications before handing over your credit card: 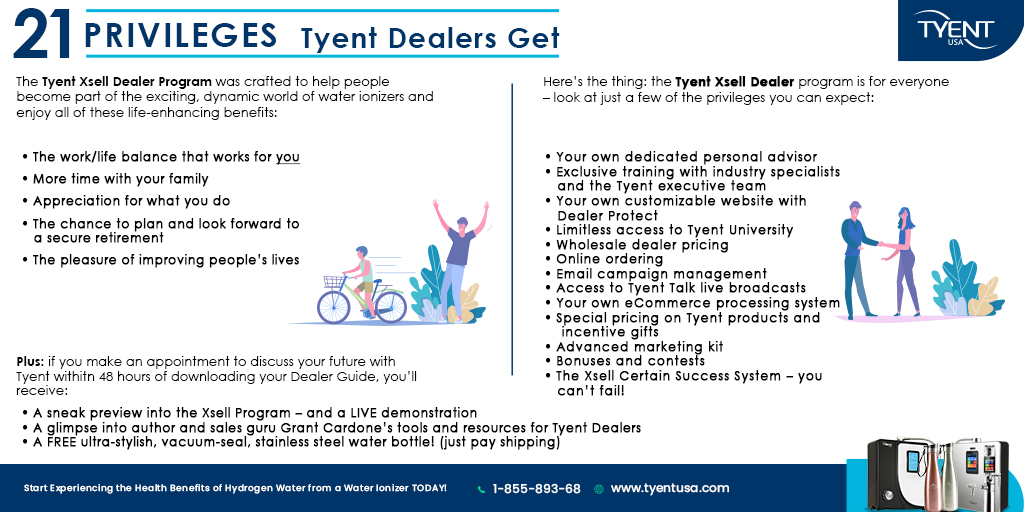 Tyent dealers get more happiness and satisfaction out of their work than their counterparts in other industries. Why? Because they benefit from unique privileges that enhance their lives and deliver the rewards that equal personal contentment and career fulfillment.

The Tyent Xsell Dealer Program was crafted to help people become part of the exciting, dynamic world of water ionizers and enjoy all of these life-enhancing benefits:

Here’s the thing: the Tyent Xsell Dealer program is for everyone. Whatever your personality, skill set or business … 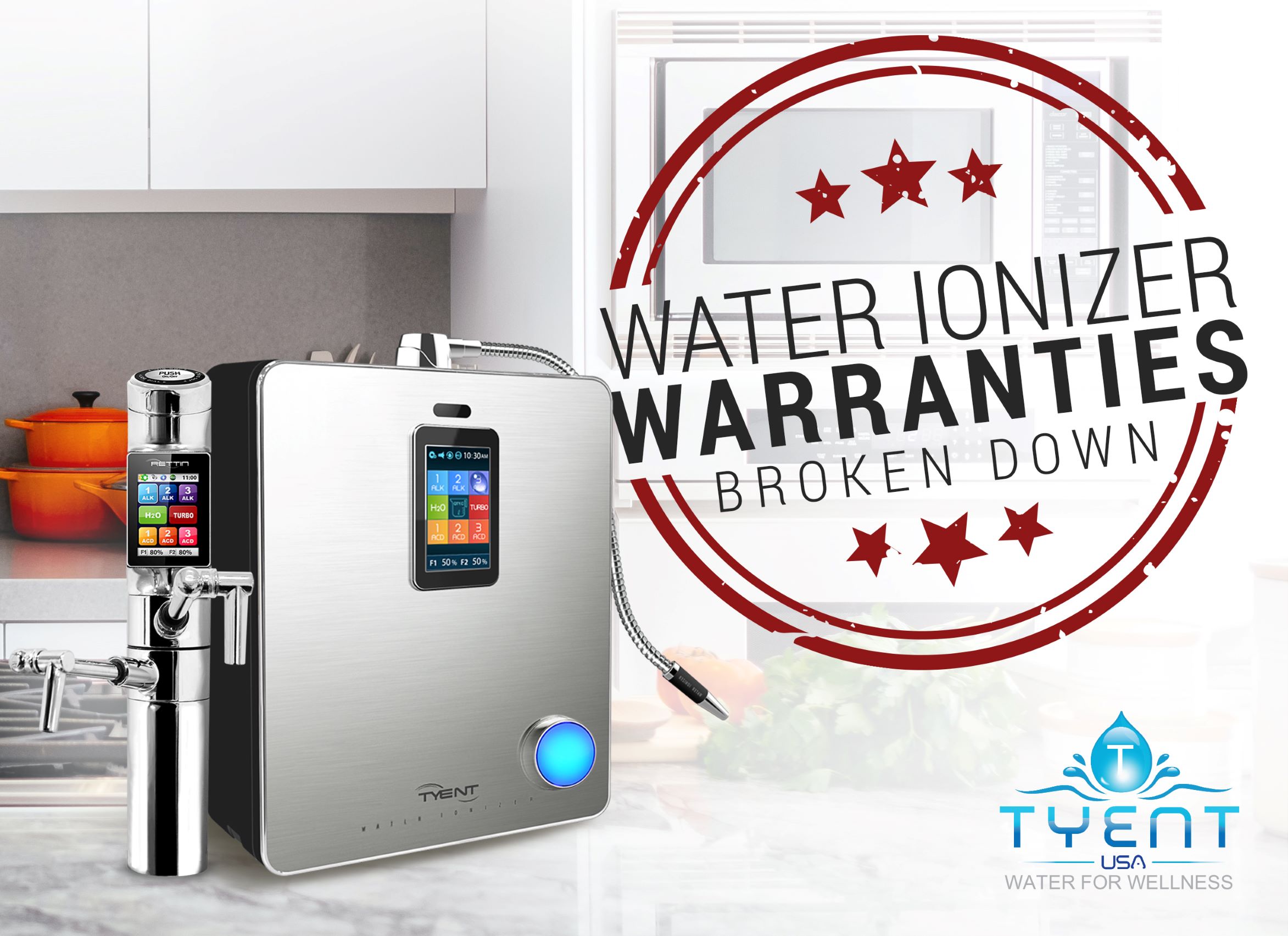 A warranty should give peace of mind, not a whole new set of problems.  Doesn’t that sound simple? It should be.

So why do many people complain that a company isn’t complying with the terms of the warranty it issued? Or from the other side of the desk, why do so many companies try to wriggle out of their contractual responsibilities, leaving customers unhappy?

No ‘Hidden’ Small Print With Tyent!

Often it comes down to the precise wording …

After Christmas, my friend “Dan” called me up to say that he was SO excited about buying a water ionizer.

Now despite Dan being a pretty sensible kind of guy, he was feeling the pinch from Christmas and wanted my opinion on this crazy-cheap water ionizer that he recently spotted online.

It’s no secret that we all love to shop around for a bargain.

But a decent sale is all about getting something great, for a smaller price than usual.

Just buying something that’s cheap and much less money than anything else in its product group, should set off alarm bells ringing louder than they …

2020 has got off to the very best start possible with Tyent being honored with a major industry award as the 2020 Water Ionizer of the Year! 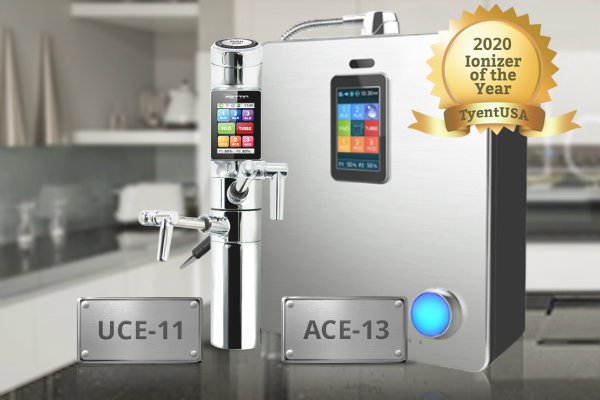 The Best Water Ionizer in the World!

We’re delighted to receive such an award that highlights the vital things that sets Tyent apart from other water ionizer companies while showcasing the essential benchmark that we strive to achieve: that Tyent Water Ionizers are the BEST in the world.

We’re no stranger to this honor – as we’ve proudly won the coveted title of Water Ionizer of The Year an unprecedented nine times since 2009.

So, we’re not just the best…we’re CONSISTENTLY the best!

The Tyent Team: An Office Full of Winners!

Did you read the recent Google Story about the six awesome girls (Women of Water) who are using their ingenuity, skills, and initiative to make sure more Americans drink clean, safe water?

We were especially thrilled to see that several of the women featured already had their achievements highlighted in this blog!

Almost exactly one year ago, we wrote about how Gitanjali Rao had won a major 2017 Young Scientist Award for her invention: a tool that works with Android technology to detect lead in water samples.

The holiday season is upon us – and there are So. Many. Things. To. Do. But while we enjoy a slightly worried pause – thinking about ordering the turkey, buying presents, decorations, visitors, guests…take a deep breath and take heart: a Tyent Water Ionizer is your best friend this holiday season!

Check out these 12 ways that water ionizers keep your holidays happy!

Energy is the one thing that we need tons of during the holidays – as holiday treats and the occasional glass of wine can deplete your energy fast.

Where you can you turn to for a quick, energizing pick-me-up?

1. What Do Medical Experts Think?

Anyone who drinks ionized alkaline water is usually …