For too long, “looking good” has been a euphemism for “looking young.” The ultimate beauty prize has been to look younger than our years, and there’s a billion-dollar industry out there to prove it.

What’s much more realistic is not “turning back the clock” – but slowing down the way that the natural aging process and the environment can take their toll on your skin.

Fortunately, there’s a simple anti-aging solution out there that we’d love to share with you below!

How to Look Great at Any Age

How much do you know about distilled water? Here we outline five reasons to stop drinking distilled and what to do instead.

RELATED: Why You Should Drink Hydrogen Water Instead Of Purified Water

Why Drinking Distilled Water Should Never Be a Habit

What is Distilled Water?

Distilled water is water that has undergone a filtration process. There are many methods of distillation, but all are dependent upon isolating parts at different boiling points.

Water is boiled, evaporated, had its vapors captured, and condensed back into H2O. It is not the process, but the effect …

Find out how Tyent ionized alkaline water can help reverse aging process in this article.

RELATED: A Wrinkle in Time?  Slow Down the Aging Process with a Water Ionizer!

What Alkaline Water Does to Reverse Aging Process

Aging is the result of time on the human body. It’s broad and occurs on the following different levels: cellular aging, hormonal aging, accumulated damage, and metabolic aging.

“You’re only as old as you feel,” goes the saying.  It’s an empowering little motto, opening up the possibility of perhaps not reversing time, but slowing it up a little.

But how do we achieve that?  Check out the first of our two-part mini-series on how Tyent Water can help you to become one of those people who hears comments like: “You’re how old?  Wow! You look great!” every time you leave the house.

To look great on the outside, you need to feel great on the inside.  That might seem obvious, but if you routinely skip a full night’s sleep, don’t exercise and eat too many processed foods, there’s …

Holidays, weddings, backyard BBQs…there always seems to be something going on in the summer!

It’s fun to dress up and make more effort than usual to look our best, but what else can we do to give ourselves that extra je ne sais quoi?

Natural Radiance From Your Water Ionizer

Forget flattering filters…did you know that a water ionizer doesn’t only hydrate you, but it can be your best buddy when it comes to looking fantastic?  To help us all shine in the sun, we’ve rounded up five amazing ways that your water ionizer can help you get your glam on this summer!

Is your favorite drink that first glass of mineral-rich Tyent water in the morning?  Maybe it’s the thirst-quenching glug after a run or tough session in the gym?  It could even be the pitcher you share with your kids as you catch up on everyone’s day.

Whatever your favorite Tyent moment, we’ve rounded up 7 of the most popular reasons to love your water ionizer, at any time of day.  Let us know what you’d like to add to our list!

Want to turn back time?  Walk with dinosaurs?  Swap make-up tips with Cleopatra?  Or just want to get some of that youthful glow back to your skin?  We can’t help with the first two, but a water ionizer can definitely help you get your sparkle back!

What’s in the Water?

A Tyent water ionizer gives you fresh, filtered ionized water at the push of a button.  But it also gives you much more, including:

Here’s an overview of the health benefits of Tyent water. 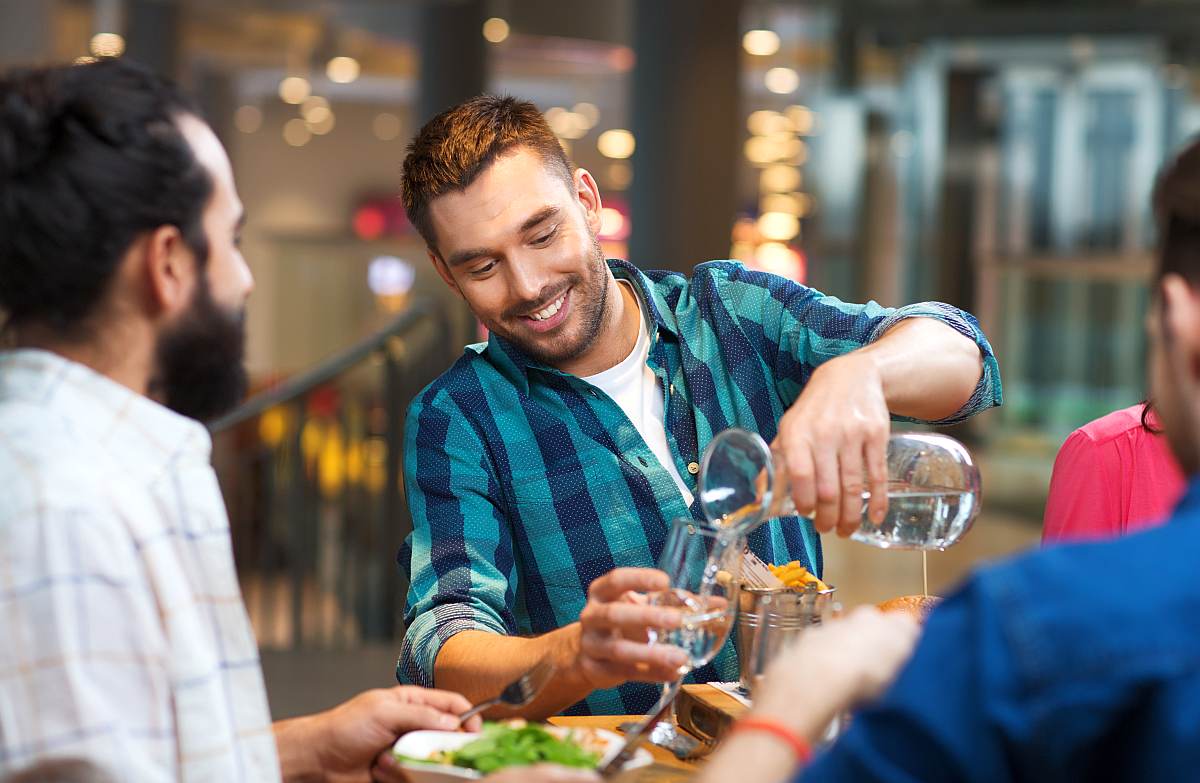 We at Tyent USA love “at a glance” list, and what better way to tell you the long list of benefits of Tyent water than by doing that?

Get ready for the countdown because we’re about to tell you amazing alkaline water benefits. First up: detoxification.

Do you know your body is an amazing sewage system? Yes, it can get rid of wastes in many different ways:

Lights, Camera, Action! Most people don’t know the feeling of pressure when the camera turns on but Yannik Bisson does.

Mr. Bisson plays Dr. William Murdoch on the hit Canadian television series Murdoch Mysteries which is entering its 8th season. But, that’s not all he is:

“Bisson is likable as the handsome Inspector, with English Actor Thomas Craig suitably skeptical and at times dopey as his by-the-book boss.”

Woah, Yannik Bisson is a handsome TV actor, but why?! Wait a minute. “Might” is the wrong word because alkaline water probably makes …

Growing up, I recall many times when I was told that foods I had believed were good for me were suddenly now bad for me.  Take eggs —  a perfect example.  I come from a big family that loves eggs and we ate them on a regular basis.  Then one day, it was announced that eggs were now bad for you.  We didn’t buy that…but we did keep buying eggs.

Then the announcement came one day that, guess what, eggs are actually good for you!

It was the same with eating chocolate.  It was determined, much to the dismay of chocolate lovers everywhere, that …