Discover the reasons why Tyent water is the ultimate sports drink.

56. Loved by Many Athletes

We lined up just a few pro players to give you their views on Tyent water and (why they love it):

He knows exactly how important optimum physical health is. A Tyent water fan, Tom saw the benefits up close.

Cleveland Brown’s pro football star TJ Ward noticed an improvement in his energy levels and recovery once he made the switch to Tyent water. Being part of the Super Bowl-winning team means TJ has to be at peak fitness. Drinking Tyent water is a big part of that!

Rashad Evans is a mixed martial artist and heavyweight winner of The Ultimate Fighter 2. He boosts his hydration levels and energy by drinking Tyent water.

In Rashad’s own words, “Tyent water completely changed my training and my recovery.”

Former professional baseball pitcher for the San Diego Padres and the Atlanta Braves team, Ryan Buchter is another athlete at the top of his game.

We can’t put it any better than Ryan does himself: “I couldn’t imagine drinking regular or bottled water ever again. My energy levels are higher. My recovery is quicker than ever.”

American cornerback for the Baltimore Ravens football team, Shareece Wright can’t afford to be anything other than fighting fit on the field.

If there is someone who knows about winning, it is Clara Hughes. She’s five times Olympic champion and Tour de France rider.

Clara had her pick of all the health-boosting and innovative programs and machines in the world.

What did she choose?  It is a Tyent Ionizer.

Her fairly unequivocal opinion is “I cannot believe the difference I felt after the extreme efforts of training.”

Michael “The Fort” McKenry, formerly Colorado Rockies stalwart and catcher for the St. Louis Cardinals, knows drinking Tyent ionized water gives him the edge in life, and on the field.

We can’t agree more with his view “all water is not the same.”

He is a former star of the Seattle Mariners and outfielder for the New York Yankees since 2015. Dustin Ackley backs up the professional athletes’ view.

He said, “Thanks to Tyent alkaline water, not only am I more hydrated, but I have noticeably more energy.”

Let’s face it, he needs it!

CEO of Willow Bend Fitness, Dave Greene knows the business of working out and how vital hydration is to recovery better than anyone.

He noticed improvements in his health and well-being since drinking ionized water. He then went the extra mile and had a Tyent ionizer in his gym.

This way, his customers can benefit and get even more from their workout.

He’s a performance coach, pro athlete, and an advocate for drinking Tyent water. According to him, “Proper nutrition and mindset are just as important as the physical work in the gym, [so] go be great. Start your day by drinking at least 8 cups of Tyent hydrogen water.”

A study on the impact of hydrogen water on recovery from muscle fatigue caused by acute exercise makes interesting reading. It concludes “drinking HW [hydrogen water] would be a novel and effective fluid hydration strategy for athletes.” 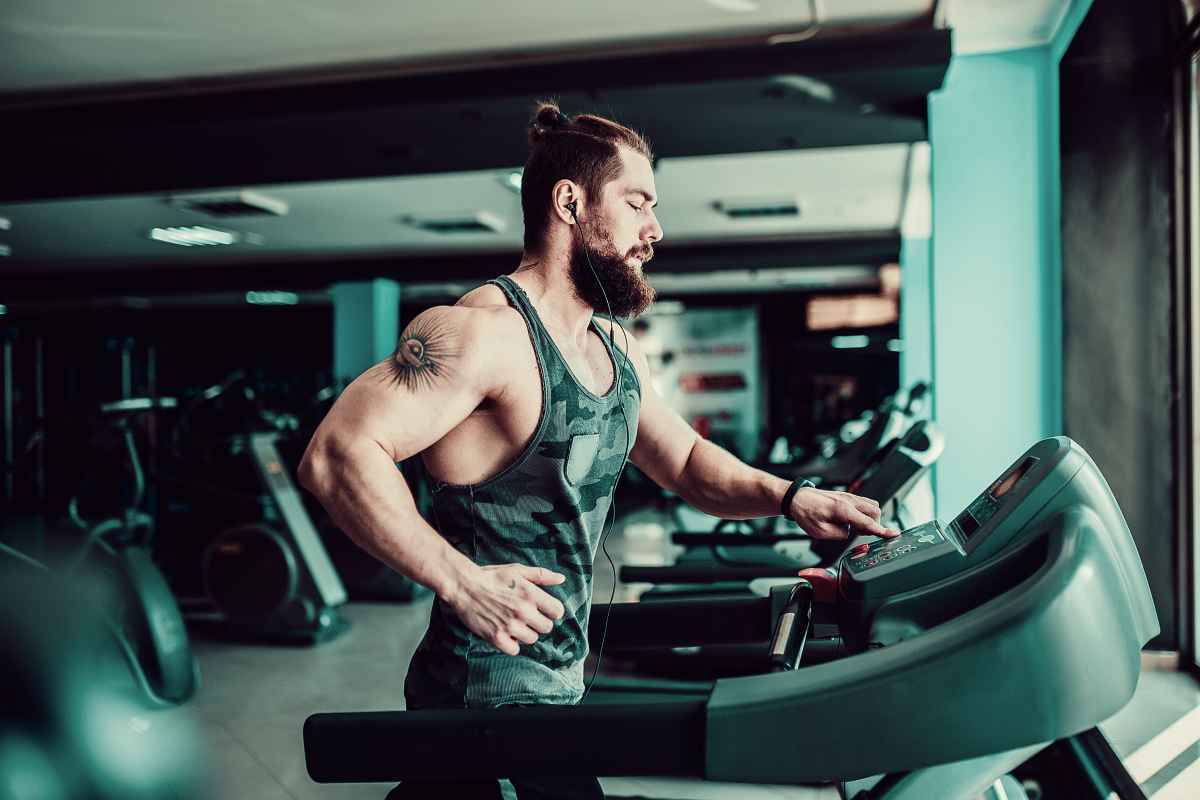 When it comes to training, it doesn’t matter if you’re part of the Olympic team or the high school football league. You need a lot of energy to sustain yourself.

This is where Tyent water comes in. It improves sports performance with its high levels of hydrogen present.

For the body to function, it needs adenosine triphosphate (ATP). It’s the primary carrier of energy in the cells.

The body can obtain hydrogen in different ways. One of these is by breaking down the components of carbohydrates.

Tyent water, though, can boost the hydrogen levels quicker and easier. It also eases the worry of eating too much carb.

59. Reduces the Effects of Lactic Acid

Playing sports is one of the best ways to keep the body healthy. If you want to build muscles and reduce belly fat, this is what you need.

What you don’t know is the body undergoes many changes when you engage in strenuous activity. These include the production of lactic acid.

When a person exercises, the body tries to get as much oxygen as it can. It then uses this to create energy.

Some types of exercise such as weightlifting produce energy anaerobically. In this instance, it breaks down glucose or blood sugar.

During this process, the body produces lactate. Its levels increase the more you perform a stressful activity such as hours of cross-country skiing or Olympic sports competition.

As the lactate levels increase, so does the acid present in the muscle cells. With the increasing acidity, the body then becomes less alkaline.

Lactic acid, therefore, may result in a lower pH level. When your body’s pH levels drop, it may affect the efficiency of your muscles.

Tyent water is different from other types such as tap since it contains higher levels of hydrogen, which can make the water more alkaline. In turn, it can help increase the pH levels.

That’s not all, though. It can reduce the oxidative stress due to lactic acid production. This is because the extra hydrogen atoms also contain a free electron. In other words, Tyent water plays a significant role in preventing DNA damage.

RELATED: Remember To Hydrate With Alkaline Water During Summer Fun

Let’s face it: most people make fitness a part of their New Year’s resolution. It may include playing some sport or increasing their level of physical activity.

Here’s some good news. You don’t need to reset only at the beginning of the year. You can start it at any time and as easy as possible with the help of Tyent water.

A good step is to get a Tyent water ionizer, which you can bring with you anywhere you go. We can help you with financing if it’s necessary and provide you with an incredible guarantee you shouldn’t miss.

There’s no reason for you not to try it!

Engaging in a tiring activity such as college football or men’s basketball can drain energy fast. Players, thus, tend to bring along some energy or sports drinks with them during a Saturday night preseason game practice, for example.

These types of beverages contain a cocktail of ingredients that should increase your energy and alertness. These include caffeine and sugar.

In general, these are not bad.

Sugar is a great resource for carbohydrates and, therefore, energy. Caffeine can help give you the jolt your body needs to keep itself awake or attentive.

The problem is, your body doesn’t need a lot of them. For example, the American Heart Association (AHA) recommends only 9 teaspoons for men and 6 teaspoons for women.

On average, a bottle of sports drink can have as many as 30 spoonsful of sugar! That’s not the only issue.

Caffeine can have different side effects when consumed in large quantities. Some of these are restlessness, anxiety, and trembling hands.

Many people also experience a crash once the effects of both sugar and caffeine begin to wane. In the process, the brain may tell you, you need one more round of that sports or energy drink.

Tyent water then becomes a much better alternative. After all, it doesn’t contain any caffeine or sugar, but studies already showed it can still enhance a person’s athletic performance. 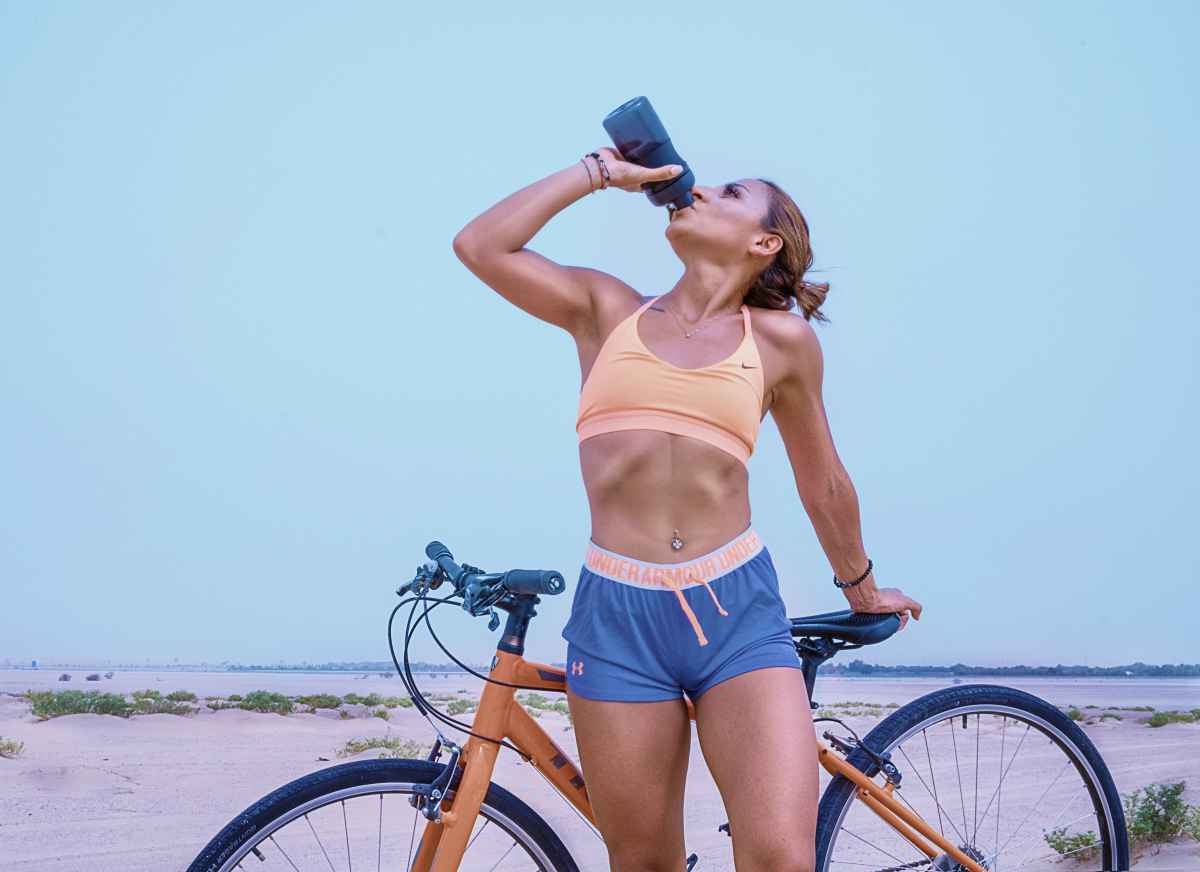 There’s a good reason you need to have fluids with you when doing some sports: being a seasoned athlete doesn’t exempt you from dehydration.

Dehydration is a condition wherein the body doesn’t have the amount of water it needs to function properly. Earlier in the article, we talked about the importance of water and hydrogen in energy production.

Losing water through situations such as profuse sweating can also have another effect. You can lose some electrolytes.

When this happens, the body experiences an electrolyte imbalance, which may then result in different degrees of symptoms.

These may include numbness, lethargy, disorientation, convulsions, and seizures. In some cases, the symptoms are so severe they can already be fatal.

Fortunately, you can prevent dehydration by increasing your water intake. Drinking Tyent alkaline water, though, has extra benefits such as giving you some essential minerals.

Electrolyte Definition: They refer to the minerals present in the body that possess an electric charge. Some of them are potassium, sodium, calcium, and magnesium. They have many uses such as maintaining muscle contraction or water balance.

Do you dream about competing in the Winter Olympics or being part of one of the elite sports teams? It takes a lot of years of training.

There’s no shortcut to becoming an Olympian, but you can already take the first step when you know how to eat and drink like one.

Many seasoned or pro athletes consider Tyent water their partner in maintaining their energy levels and performance. It’s something you can do, too, today.

Do you know of other sports-related benefits of alkaline water? Share them in the comments section below.

Up Next: 101 Reasons To Love Tyent Water Ionizers: Health Benefits And More

Editor’s Note: This post was originally published on June 30, 2016, and has been updated for quality and relevancy.