Over recent years, countless medical professionals and clinical research teams around the world have uncovered the power of science’s most important discovery: molecular hydrogen. 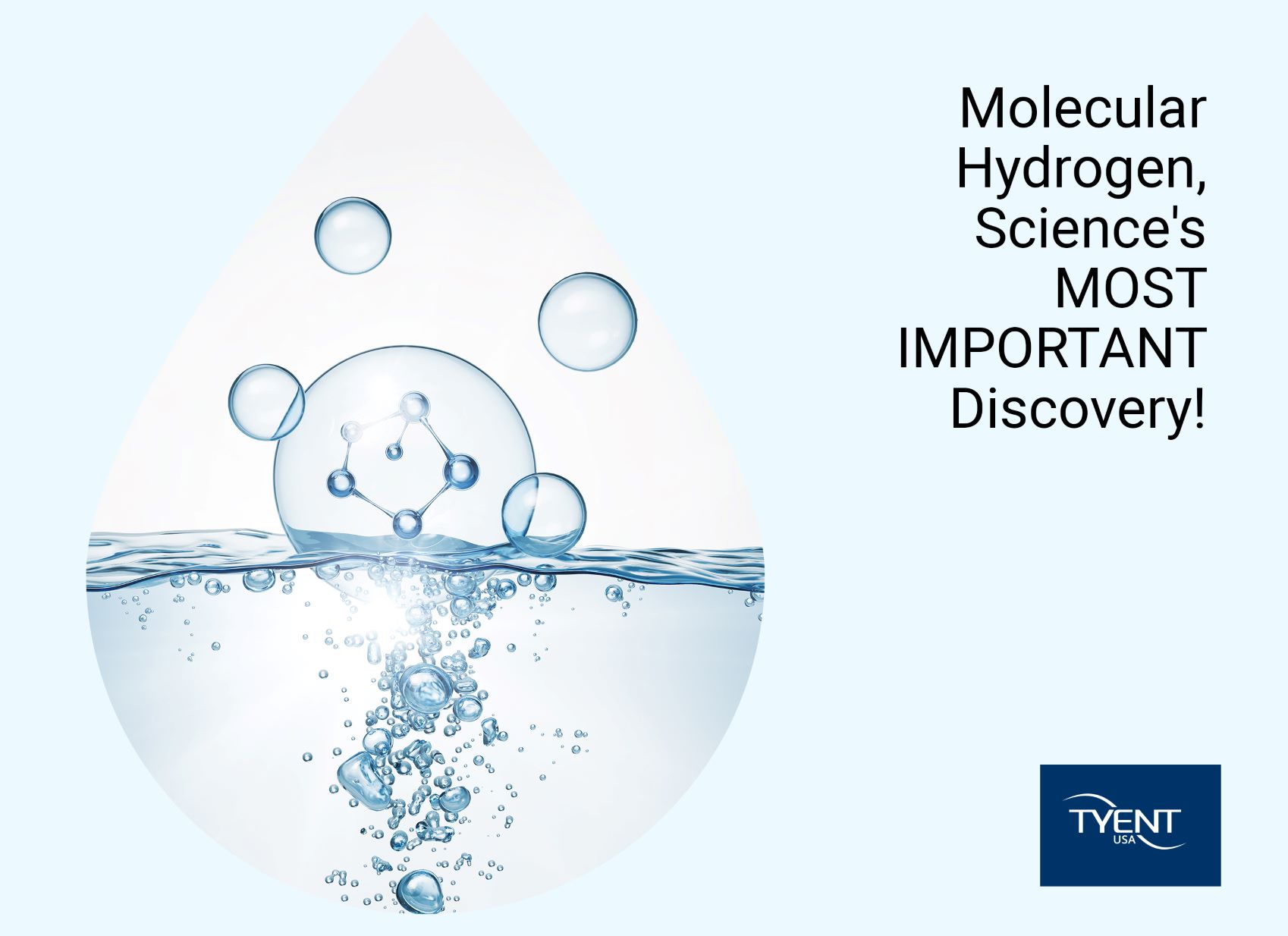 It is impossible to exaggerate how indispensable molecular hydrogen is to medical research. It is instrumental in the therapeutic treatment of hundreds of different diseases and conditions, and in improving medical outcomes across the board.

“H2 administration is a promising therapeutic option for the treatment of a variety of diseases. This article reviewed current medical research progress with respect to H2, including its unique properties, possible mechanisms of action, delivery methods, applications in animal models and clinical trials, and future applications in the field.”

What is Molecular Hydrogen?

Before it became science’s most important discovery, molecular hydrogen was accidentally ‘discovered’ – or at least observed – by Theophrastus von Hohenheim, an itinerant physician from Switzerland.

How much molecular hydrogen is out there in the stratosphere and beyond, compared with other elements?

Molecular hydrogen is the most abundant element in the known universe and is a constituent part of around 75% of all matter. Stars are composed mostly of hydrogen. In 2006, a team of intrepid astronomers used the European Southern Observatory’s VLT to observe quasars 12.3 billion light-years away to establish the composition of the furthest-away galaxy ever discovered. What did they find there? You guessed it – molecular hydrogen.

Here on Earth, hydrogen – also the smallest and lightest element – exists mainly in molecular form, as water or organic matter.

Why is Molecular Hydrogen Science’s Most Important Discovery?

There is no doubt that science’s most important discovery of recent years is molecular hydrogen, and how it can be used to improve and protect your health.

Molecular hydrogen is at the center of countless areas of clinical research. Doctors and scientists around the world are gripped by the potential for molecular hydrogen to treat and heal patients and improve medical outcomes.

“Thanks to Tyent alkaline water, not only am I more hydrated, but I have had noticeably more energy. Soreness after games has decreased.”

That’s right – there are more than 1000 studies into how molecular hydrogen can be used in a medical setting. That’s pretty exciting and persuasive stuff. The remarkable benefits of drinking hydrogen water include:

“My energy levels are higher, my recovery is quicker than ever thanks to Tyent Water”

In a clinical environment, molecular hydrogen can be administered in several ways, including inhalation, application to the skin – and dissolved in water. It is the benefits of this method – imbibing molecular hydrogen directly into the body in water – that millions of people have already discovered for themselves.

How? By drinking ionized water from a water ionizer machine.

A Short History of Water Ionizers

Water ionizers were classed as medical devices in Japan decades ago, when research into the therapeutic nature of ionized alkaline water was in its relatively nascent stages.

The rest of the world was slower to catch on, but now, people all over the world drink ionized water every day, from a home machine.

But how to choose a water ionizer? Do they all produce molecular hydrogen? Which water ionizer machine is best?

Of course, that is the key question for most people: which is the best water ionizer on the market? That question can be broken down further, into its most common parts:

The question of which water ionizer machine produces the most molecular hydrogen is paramount, when taken against a backdrop of how vital it is to doctors, scientific discovery and therapeutic medicine. After all, the majority of people buy a water ionizer to shore up and support their health, as well as providing superlative levels of hydration and clean, safe water. 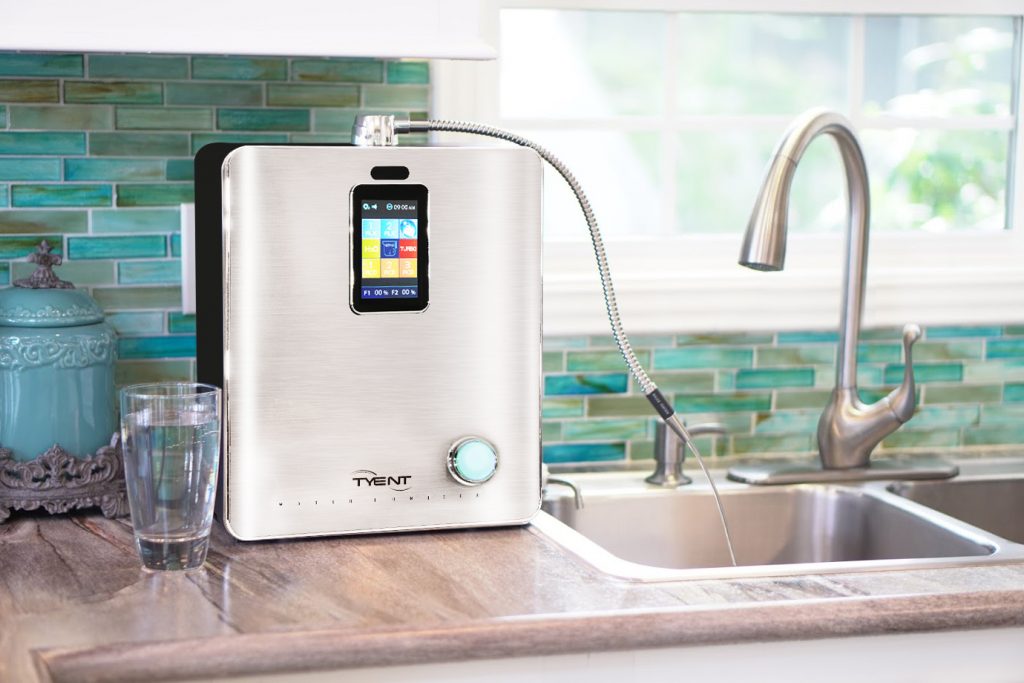 These are some of the factors that we have always kept close to our hearts when designing and building each Tyent water ionizer.

The volume of dissolved molecular hydrogen in the water is directly related to the size and power of the ionization plates in the electrolysis chamber. Filtered water flows over and around the plates, allowing positive and negative electrical charges to pass through the water. The electrical charge splits the water into two streams: Tyent alkaline water, now rich with natural molecular hydrogen, and acidic Turbo water, for use around the home.

The bigger the surface area of the plate, the more powerful this vital process of electrolysis is. Molecular hydrogen is produced by ionization – the design, size and number of ionizer plates are key to unlocking maximum levels of dissolved hydrogen.

Tyent water ionizer plates are constructed from titanium and dipped multiple times in platinum for incredible strength and durability.

As a cost-cutting exercise, many water ionizer companies consider it acceptable to compromise somewhere, be it in the power of the ionization plates themselves, the filtration of the water, how advanced the ionizer technology is, the user-features and so on. The result of any corner-cutting measures amounts to one thing – inferior performance and much lower levels of dissolved molecular hydrogen in the water.

At Tyent, we never cut a single corner. Our engineers and designers are committed to excellence at each stage of building our machines. Because we believe in our products, every water ionizer we sell is backed with a Lifetime Warranty. As our Core Values illustrate, customer satisfaction and peace of mind are everything to us.

Countless sports professionals rely on molecular hydrogen water to improve energy levels, and to recover after training, competing or playing a match.

Every Tyent Water ionizer will provide you with ultra-hydrating water, brimming with thousands of bubbles of natural molecular hydrogen in every glass. For example, the Tyent ACE-13 features Xtreme Molecular Hydrogen Boost for the best, most energizing drink of your life!

Likewise, the unique Twin Cell Technology in the Tyent H2-Hybrid produces molecular hydrogen levels up to 1.5 PPM – no other water ionizer company can match what we do.

There’s no doubt that molecular hydrogen truly is science’s most important discovery – and one of the most exciting. What’s even more remarkable is that thanks to Tyent, the potent power of molecular hydrogen can be YOURS for as little as $25 per month.

Try a Tyent Water Ionizer risk free for 75 days and see and feel the difference for yourself. We want to bring the incredible potential and benefits of molecular hydrogen to everyone – this incredible scientific discovery is one that everyone can share in!

Molecular Hydrogen, Science’s MOST IMPORTANT Discovery – In YOUR Home!

Our customer care experts are ready to speak with you about molecular hydrogen and answer any questions you have.

Starting to drink molecular hydrogen water at home can feel exciting! It tastes delicious, and you’ll love the energy boost and feeling of well-being that you get as soon as you start drinking Tyent alkaline water.

Even better, you’ll love the reassurance that your family is drinking clean, safe water every day, which helps to support good health around the clock.

Find out what’s in your water by downloading this FREE Water Report and call to speak with our team about which Tyent Water Ionizer is perfect for you.

Tyent alkaline hydrogen water helps you get more out of life – why not start today?