Like you, I wanted to buy a water ionizer machine. I did my research (but not enough by half), and I decided to buy a Kangen machine from Enagic. After all, the company had been around for a while, and that had to count for something, right?

I wish that someone had taken my arm and told me a few home truths about Kangen water ionizers and Enagic, before they parted me from my money. Buying a Kangen machine was a big mistake, and one that cost me thousands of dollars.

I can’t wind back the clock on my purchase, but I can stop you from making my mistake. Here are the 3 things I wish I knew before buying Kangen/Enagic. 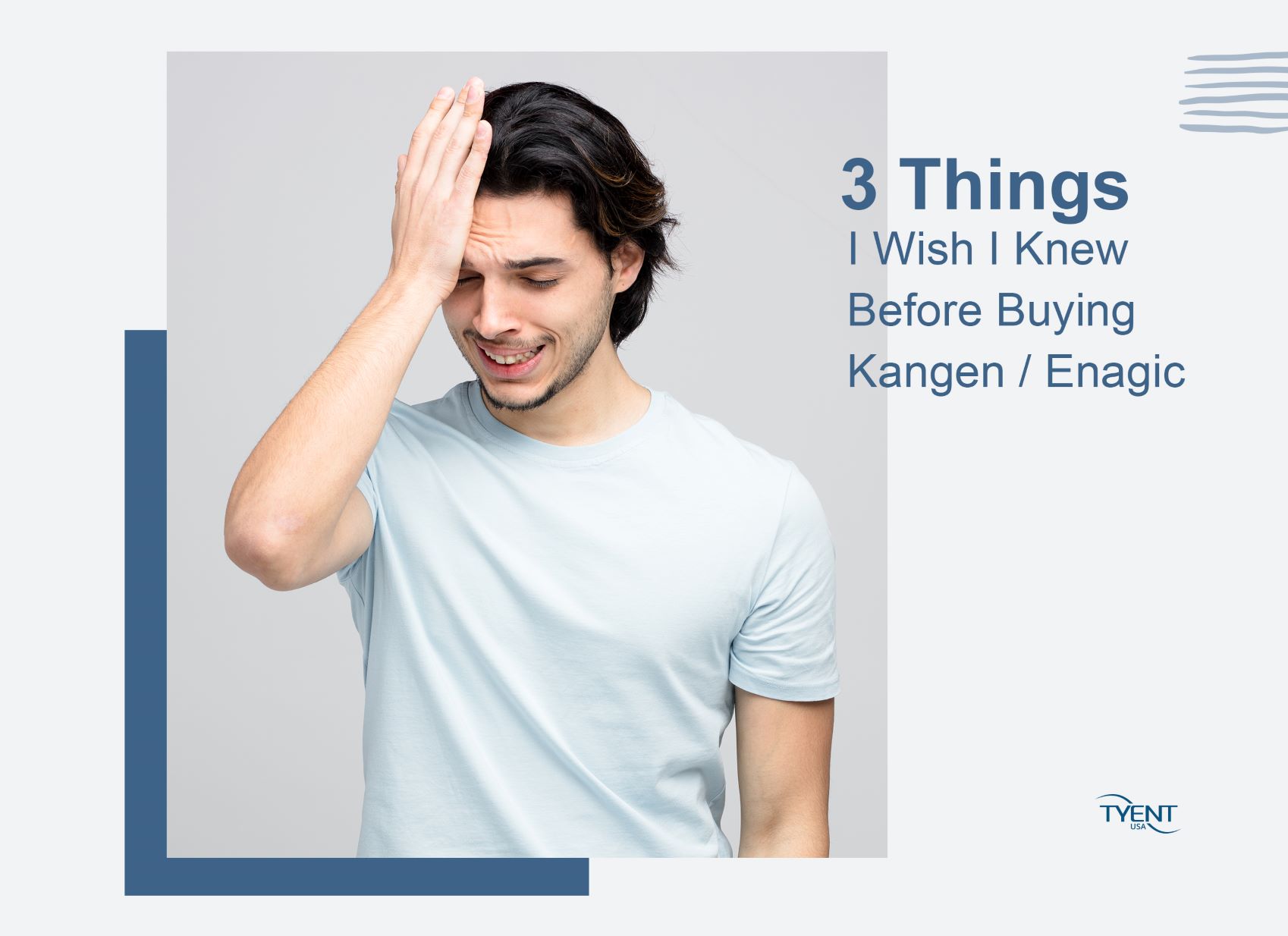 1. All Water Ionizers are NOT the Same

If you don’t listen to me on anything else, listen to this: all water ionizers are not the same. When I bought the Kangen machine, I thought I was doing the right thing. My research told me that the company was well established, and that must mean that they were building solid, powerful machines. I was wrong.

I first tried alkaline ionized water at a friend’s house. I loved it, was blown away by the difference to my family’s health that I could make and decided there and then to buy my own. When I realized that my water ionizer wasn’t as powerful or effective as my friend’s Tyent water ionizer, my heart sank a little. The Kangen machine was more expensive, and it would never produce water as rich in antioxidants and those hydrogen molecules as my friend’s machine.

I resolved to look past the quality of the water and focus on the fact that drinking water from a Kangen machine was still better than tap or bottled water.

Then a local water issue happened – a pesticide spill in nearby farmland, that the papers reported on and had local people worrying about how much of it might end up coming out of the tap. At this point, I felt just a little smug, thinking that my Kangen water ionizer would take out the contaminants, and all would be well. So, I checked Enagic’s website for a list of contaminants that my Kangen machine would remove. Then I checked again. No list. I didn’t know whether my shiny new Kangen machine would remove any pesticides or not. I suddenly realized that I hadn’t checked which contaminants Kangen filters remove – and the company wasn’t exactly great at telling me either.

What had we been drinking, believing the water to be completely safe? The feeling that I’d messed up was setting in.

I did not know this before I bought my Kangen machine. It sounds crazy, but it’s true: Kangen machines are not powerful enough to make the ‘strong’ acidic water that they’re so proud of. That thing about how powerful water ionizers are? Turns out it really does matter.

My Kangen machine needed ‘Electrolysis Enhancer’ added to it, to make up for the power it did not possess. What’s in ‘Electrolysis Enhancer,’ you might ask (which I didn’t)? Wait for it: sodium hypochlorite, AKA bleach. You couldn’t make it up. I’d spent thousands of dollars on a Kangen/Enagic water ionizer so that my family could drink contaminant-free water, and I needed to add bleach to the machine itself. Worse, a quick internet search told me that if sodium hypochlorite is ionized, a toxic gas is produced.

Just what you want from a water ionizer, right?

Kangen KNOWS all of this. Enagic claims that no traces of bleach should end up in the drinking water, but at this point, my trust in Kangen/Enagic was pretty fractured, to say the least.

I’ve had my Kangen ionizer machine for a year now. That’s nothing, and I’m already one-third of the way through my warranty period. Yep, I didn’t check that either. I also feel that Enagic were not upfront about the fact that their business model is the dreaded Multi-Level Marketing scheme, which means I paid LOTS more money for a pretty basic machine.

Tyent offers a no-quibble, Lifetime Warranty on all its water ionizers. Tyent water ionizers are demonstrably superior, AND the price is way more competitive than Kangen.

Comparing The 3 Things I Wish I Knew Before Buying Kangen / Enagic with Others!

So yep. Life lessons are good. I’ve explained the three things I wish I knew before buying Kangen/Enagic, and I’m putting them out there in the hope that it saves at least one person from making my mistake.

Since my experience with Kangen/Enagic, I’ve spoken with other people who wish they’d researched the market more carefully before buying. Like me, they trusted the Enagic name. I’ve since learned that there are other issues with Kangen machines. One acquaintance talked about wanting to try a Kangen machine before buying it. Guess how long the trial period was (bear in mind we’re talking about a machine that costs several thousand dollars). Three days! I don’t know about you, but I’m not sure I’d even have had time to unbox it by then. By contrast, I now know that Tyent offers a 75-day, risk-free trial period, so you really get to road-test your water ionizer.

Look, to coin a phrase, I tried a Kangen/Enagic water ionizer so you don’t have to! If Kangen machines were cheap, then fine – you get what you pay for, but Enagic sells water ionizers for way more money than their competitors.

I now know that Tyent sells the best water ionizers on the market, and I kick myself for buying a Kangen machine. Please learn from the three things I wish I knew before buying Kangen/Enagic – I can at least save someone else from dropping thousands of dollars on the wrong water ionizer! 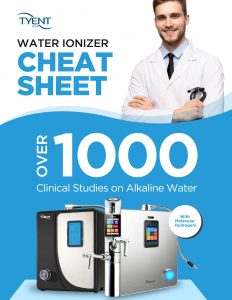