When it comes to spending money, especially making a significant purchase, most of us will pose the question to ourselves, “Do I really need this in my life?”

Do I Need a Water Ionizer?

So when it comes to a water ionizer, let’s consider three of the most popular reasons many people purchase one.

Is your favorite drink that first glass of mineral-rich Tyent water in the morning?  Maybe it’s the thirst-quenching glug after a run or tough session in the gym?  It could even be the pitcher you share with your kids as you catch up on everyone’s day.

Whatever your favorite Tyent moment, we’ve rounded up 7 of the most popular reasons to love your water ionizer, at any time of day.  Let us know what you’d like to add to our list!

Want to turn back time?  Walk with dinosaurs?  Swap make-up tips with Cleopatra?  Or just want to get some of that youthful glow back to your skin?  We can’t help with the first two, but a water ionizer can definitely help you get your sparkle back!

What’s in the Water?

A Tyent water ionizer gives you fresh, filtered ionized water at the push of a button.  But it also gives you much more, including:

You’re familiar with the word hydrogen, but did you realize that there are four types?  It’s really interesting stuff.  Hydrogen is life.  Everything on earth begins with it, and scientists are realizing more and more that hydrogen and how our bodies use and process it, is key to our health and well being.

It seems the more questions answered about ionized alkaline water, the more questions asked. To begin with, several people wanted to know about the cost of drinking alkaline water, and if it was really worth it.  The answer to the latter part of that question is yes, it is absolutely worth it. Not only is water from a water ionizer far superior to tap and bottled drinking water on every level (including price at about 6¢ a glass!), but because of the incredible amount of pollution and litter bottled water generates.

Let’s look at the cost in residue from drinking …

Doctors’ Analysis of Water Ionizers
Tyent Water Ionizers get rave reviews from many in the medical community. Wondering whether drinking water from a water ionizer can have an effect on your health? Let’s see what some doctors have to say.

Meet Doctor Francisco Contreras, a Medical Doctor who has partnered with Tyent to provide alkaline water to his patients at The Oasis of Hope Cancer Center.

If anyone knows whether water from a Tyent water ionizer can benefit health, it is Doctor Contreras. 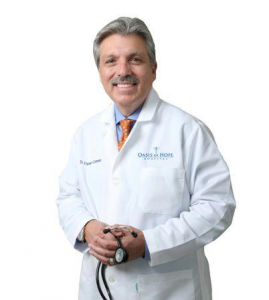 What do Tyent Ionizer machines actually do?