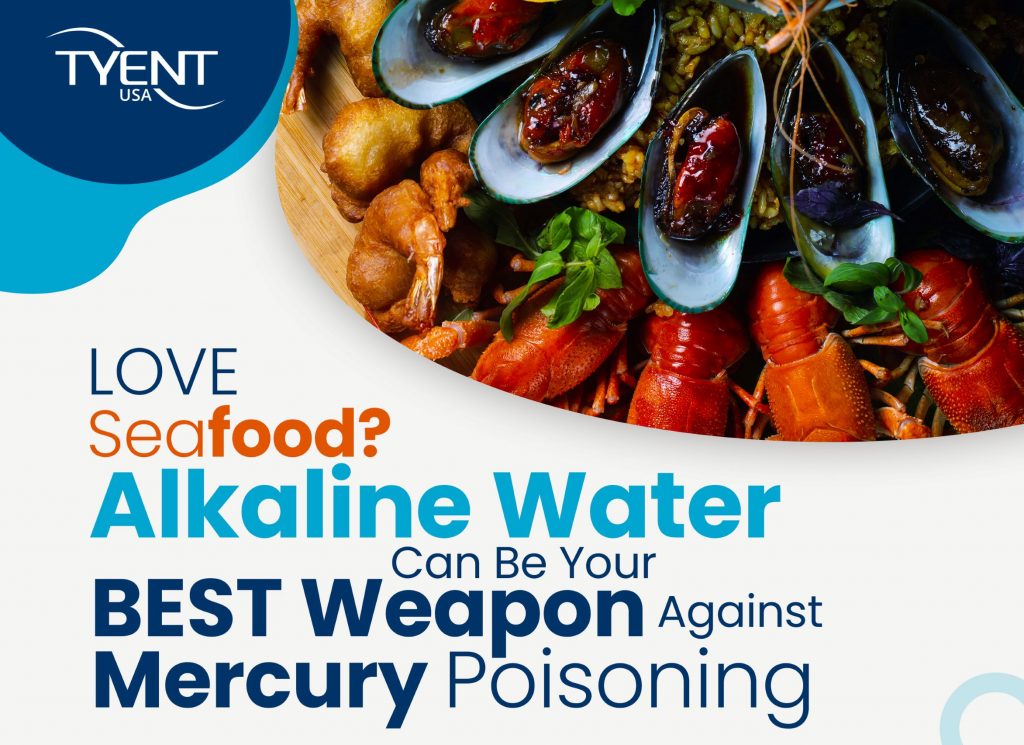 Just before Christmas 2020, Brit entertainer and ex-Take Thatter Robbie Williams revealed that his love of seafood and fish almost led to a catastrophic decline in his health.

Formerly a vegan, Williams began to reintroduce seafood into his diet, until his wife, American actor and model Ayda Field, urged him to get his mercury levels tested, which revealed that the 46-year-old hitmaker had dangerously elevated levels of mercury and arsenic in his bloodstream. In fact, Robbie was told that he presented with the highest mercury poisoning his doctor had ever seen.

It’s the kind of story that strikes fear into the heart of seafood lovers everywhere. We’re told that fish is – nutritionally at least – a healthy choice. But the toxins it can contain pose a real risk to human health.

Just How Dangerous IS Mercury?

Mercury is a neurotoxin that can pass through the placenta and affect fetal development. Mercury consumption is also linked to:

“These are not trivial effects, these are significant effects. There does appear to be evidence now, fairly persuasive evidence, that adverse effects occur from normal amounts of seafood consumption.”

Which Fish Should You Avoid?

Global warming is a factor – as temperatures increase, mercury trapped by Arctic permafrost will seep into the ocean as the ice melts. The amount isn’t negligible – the Arctic is warming at twice the speed of the rest of the planet and the US Geological Survey estimates that there are around 1,656,000 tonnes of mercury waiting to be released by the permafrost and join the food chain.

The longer that fish live, the more mercury they will contain. Fish that are known to have higher levels of mercury include:

Is giving up fish the only option? No, and it shouldn’t be from a health point of view: many of these types of fish contain nutritionally valuable omega-3, among other things.

Filter Out Mercury with a Water Ionizer

One way to make eating fish safer is to drink alkaline water, fresh from your water ionizer. Scientific studies indicate that drinking alkaline water may have a protective effect, guarding against the toxic effects of mercury contamination.

Mercury – and other heavy metals – is also present in tap water across America.

Drinking alkaline hydrogen water can help to support many different aspects of good health. Finding out that it can also help you to go on enjoying your favorite kind of seafood is one of the many bonuses to switching to alkaline water!

Call our friendly team today at and ask about the incredible water ionizer deals that are making waves across the industry!