Yesterday we learned how Franci Crownoble reported an improvement in her high blood pressure and arthritis after drinking Tyent ionized water.

Franci is merely one of the hundreds of people who have gotten back in touch with Tyent to let them know just how much they enjoy their Tyent water ionizers and the health benefits they have received.

What Other Health Conditions Can Ionized Alkaline Water Help?

Scores of people have reported relief and benefits from a long list of medical conditions after drinking ionized alkaline water.  With so many people from all parts of the globe touting the good news about ionized alkaline water, you reach a point where you begin to think “there must really be something to this water.”

Let’s hear from someone who purchased a water ionizer from Tyent and see what she has to say about the specific results she attained from drinking alkaline water.

Miss Eberle wants others to know how Tyent Alkaline Water helped to remedy two conditions from which she suffered for years. There is an old expression that says “Your horn is always louder when someone else honks it.”

Here is a true testimony from another person who has experienced the benefits of ionized alkaline water firsthand. 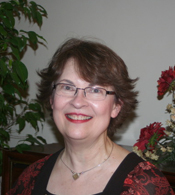 Meet Lyn Eberle.  Lyn was plagued for years by excessive heartburn which is also known as Acid Reflux Syndrome.  ARS is a disorder in which the acid from the stomach rises up into the esophagus causing that burning sensation in the chest and stomach, aka, heartburn.

Controlling acid reflux through medication is big business.  Ever hear of Tums or Rolaids?  Well, Lyn certainly had.  Between her acid reflux and her seborreic dermatitis she was spending a small fortune on her medications just to control the symptoms.

“The Tyent water system has helped our family.”

“I see two significant benefits in my body.  First, heartburn is now only a distant memory.  No more misery!  No more drugs!  Free at last!”

“Second, my face had developed red areas that the dermatologist diagnosed as seborrheic dermatitis. After drinking level- 3 alkaline water and rinsing my face with level-1 acid water, I no longer need medication.

Lyn joins many other loyal Tyent Alkaline Water drinkers who have found relief from certain conditions and tomorrow we will meet more. Have you suffered from acid reflux or heartburn too? Leave us a comment and let us know what you’re doing to treat your symptoms.