There are always questions about the advertised benefits of ionized alkaline water from those who only know what they hear or read. Experience is a better teacher.

I’ve heard it referred to as Snake oil, Hocus Pocus, Fake, and even BS.  Those naysayers must be happy too because hearing misinformation like that only confirms the old adage, “Ignorance is bliss.”  Ignorance in the sense that these statements are made without knowing the facts.

This week we’re hearing from two Tyent Customers who were elated with the their Tyent machines, the healthy water it produced and the health benefits they personally had achieved.

Yesterday we heard from Carl Mayweather whom, if you hadn’t noticed, was thrilled with the undeniable results he and his wife attained after drinking Tyent Water.  If you read Carl’s unsolicited testimony you could feel his enthusiasm and heartfelt gratitude for the improvement ionized alkaline water made in his and his wife’s health and their quality of life.

Tyent Water customers rave about the good water they now drink and are pretty much amazed and obviously very happy to have purchased their ionized alkaline water machine from Tyent and not from one of our competitors.

Admittedly however, winning Ionizer of the Year from 2014-2016 leaves the competition a step behind. 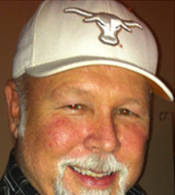 Dean had made his decision to buy a water ionizer for his home but wasn’t sure which unit to buy.  It is an investment and Dean wanted to make sure that his money went into a product that delivered on its promise and with a company that stood behind that promise.

After careful study and much research, Dean purchased a Tyent Ionized Alkaline Water Machine and could not be happier with every aspect of his purchase.  The quality of the machine, the quality of the water it produces, the Lifetime Warranty and a company proven to care about their customers long after the glow of the sale has faded.

Dean was so happy knowing his purchase of a Tyent water ionizer was the best investment he could have made that he just had to tell us about it.

I love my Tyent 9090 turbo. I have been using for over 2 years now. It has made a tremendous change in my family’s health. None of us have been sick at all since we’ve been drinking the #3 Tyent alkaline water. If you don’t have a Tyent unit for your family, you need to get one!

“I use Tyent Water for everything, cooking, soaking meats, making tea, and coffee”

I use Tyent Water for everything, cooking, soaking meats, making tea, and coffee and the water makes foods and drinks always taste so much better than tap water. I take it to wherever we go on vacation.

“Wouldn’t think of living without it.”

Thanks Tyent, for making a superior product, a lot better than those Kangen overpriced machines. So glad I found you, instead of getting ripped off by buying one of those inferior Kangen machines.

THANKS JIM AND MICHELLE at Tyent, y’all are the greatest!

Dean is only one of the many who wanted a great machine but were afraid of being swindled and stuck with some inferior product.  Buying a Tyent Machine alleviated those fears and left Dean and his wife very happy.

Want to be as happy as Dean? Call us at  to discuss which ionizer is best for you. Already own one of our award winning machines? Don’t forget to drop us a line and let us know what you love most about your Tyent water ionizer!