Yes, very much so.  In this fascinating study by Dr. Gus J. Spatharakis, you can see very clearly see the positive and almost instant impact that alkaline water has on your blood cells.

Dr. Gus chose a clinical subject whose blood had not already been subject to any testing.  Also, the volunteer was in good physical shape, eating well and taking regular exercise.

A baseline test was taken at the beginning of the session, which showed that the blood cells were hardly moving.  They were clumping together and showing little energetic movement.  Dr. Gus explained that the membranes surrounding some of the cells were jagged, irregular and showing no ‘white glow’ of energy.

How About Regular Water?

After drinking some regular bottled water, a second blood test showed that simple hydration started the blood cells moving around, although there was still some clumping of the cells.  The fact that the cells were moving relatively sluggishly meant that there was definitely still room for improvement.

And After Alkaline Water?

A third blood test was carried out after the volunteer had consumed some alkaline water.  The results are truly mesmerizing to watch.  Within just a few short minutes, the impact on the blood is significant.  The cells are seen moving around freely, without clumping.  There is the ‘white glow’, indicating positive energy, between the moving cells. The test highlights, as Dr. Gus points out, the body’s potential to change very quickly.

What You Can’t See, But Sure Do Feel!

Now we can’t see that amazing impact on our blood cells when we drink alkaline water, but we sure do feel the positive, energizing charge that comes from drinking a cool, long glass of ionized water. 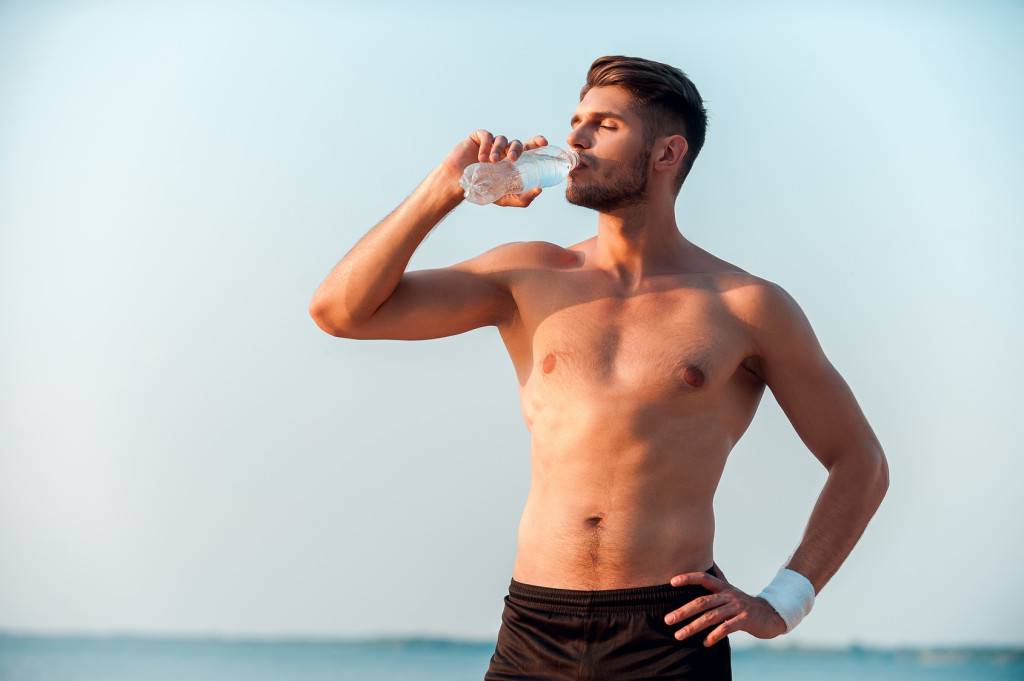 Our bodies’ response to treating them well is reward in itself.  Next time you enjoy a glass of alkaline water from your Tyent Ionizer, just think about those vitalized, free-flowing blood cells benefiting from the increased hydration that ionized water gives you.

Anyone fancy joining in a bit of collective mindfulness?  Next time you drink your alkaline water; particularly that first glass in the morning, or maybe the one after a workout or run; just imagine what’s going on inside your body at a cellular level.  Does it make you feel even better?  Tell us about it!