Famous people showing you around their kitchens? We could fake nonchalance, but why bother? Even if celebrities are just like us, getting a peek at a bone-fide celebrity kitchen and seeing that your favorite singer/actor/whatever buys the same *squeals* olive oil that you do is still a moment. 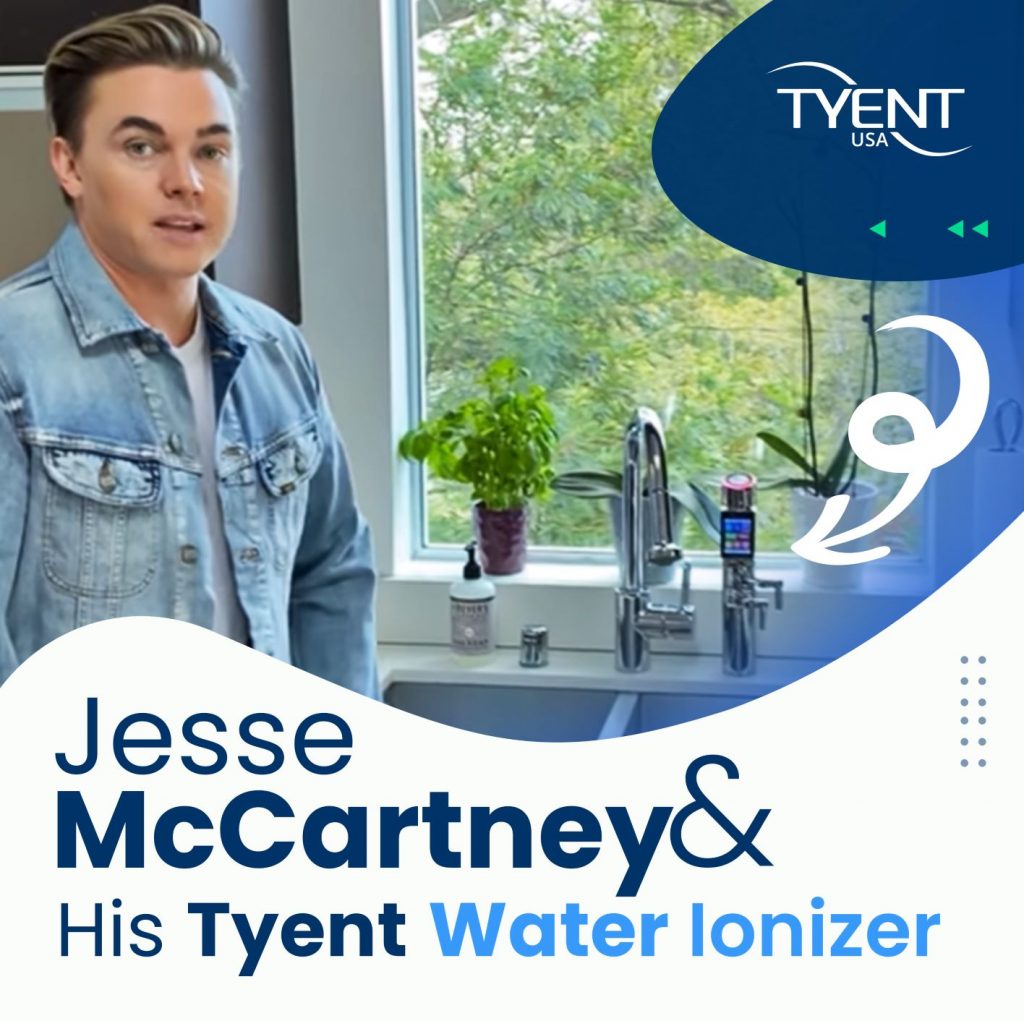 Guess What Jesse has in His Kitchen?

So imagine our delight when YouTube Delish served up none other than actor-singer-songwriter Jesse McCartney showing off his extremely desirable kitchen and saw that it was graced with none other than a Tyent UCE-11 water ionizer.

Grammy-nominated Jesse got the acting bug early and starting landing roles from the age of just seven years old. His bags of natural …